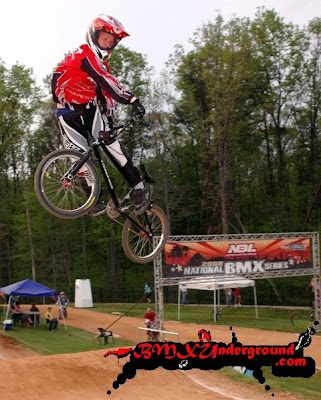 From The Psykopath World Headquarters we got you the Race report .
The East Coast Team headed to The NBL Freedom National’s Woodbridge, Virginia. 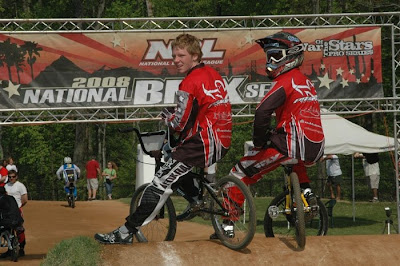 The race was right in Larson’s Family backyard well not exactly in their backyard but less than 10 minutes away from their house. They had a great time and Jon Larson took some amazing pictures
Psykopath was well represented at the NOVA BMX Track in Woodbridge,the race was on April 25-27. The track was smooth and well maintained as usual. Kudos to the track Operators and all the volunteers that make this posible! The weather was warm on Saturday and cool on Sunday but the racing was exciting regardless of the weather. 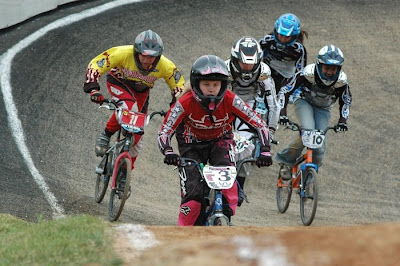 Alan Hudson flew in Friday night, or more like Saturday morning. Alex Larson picked Alan up from the airport and went to the Larson's house to stay for the weekend. After arriving to the house Alex and Alan built his bike staying up until around 2am.Hmmm, maybe not the best thing to do before National Day 1.(but we all do it every once in a while)
Alan Hudson USAC # 7 raced the Elite class Saturday and Sunday with some impressive starts. Showing that training is starting to pay off, just give Alan some time and he will be top 10 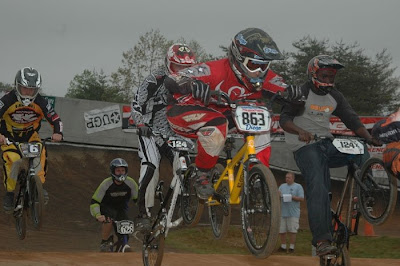 for sure, Diego Alejandre raced Super Ex Saturday and Sunday. He showed everyone he can get out of the gate and down the first straight quick. Finishing 3-3-1 Saturday and 4-3-2 Sunday. Alex Larson raced Super Ex and put his heart into the race Saturday. Alex is recovering from a motorcycle crash a few weeks ago. No Main making in the Elite and Super Ex class but they put on a good show. 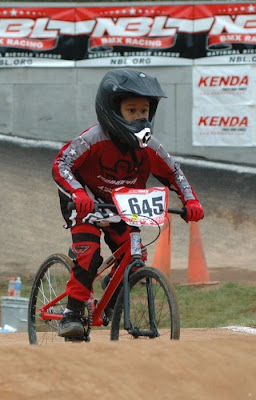 Unfortunately, Alan and Diego crashed on Sunday, luckily both are ok. Emileigh Larson, 14 Girl, finished second in all motos and the main both Saturday and Sunday.
After the racing Saturday, Psykopath riders had a cook out at the Larson's. Some additional friends joined the fun, J.C. Alejandre, Romer and kids, and Micha Vanhorn. There was tons of food including yummy marinated chicken and marinated steak that would melt in your mouth thanks to the Alejandre's. It was a great weekend and the racing was spectacular!
Later on Ma 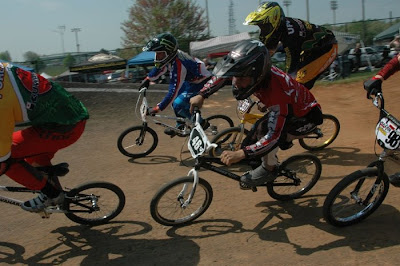 y 2nd, Good Old Psykovan Headed to down to U.S Nationals in Tulare, California to see some hot action racing! and we saw Alan Hudson got a second on Friday Open, he was flying on the new Redesign Tulare Track, if it wasn't that he came unclipped on the first turn he would have won, we also had the opportunity of watching Kyle " Z-Man " Zondervan debut on A Pro, Look for Kyle in the Upcoming Nationals! Evan Steinbergh made the main on Sunday taking home a well deserved 3th place, Good job Evan!.
It was a good weekend, hot! And really dry, but a fun weekend! We saw a lot of old friends, and we all agree that this Summer Nationals are going to be huge! So if you planning on going to Roseville for the Summer Nationals drop by the Psykopath tent and say Hi! , who knows maybe Test Ride one of our Frames! Maybe pick up a sticker?? We’ll see. If you got any questions you can email me at: psykopath_industries@yahoo.com 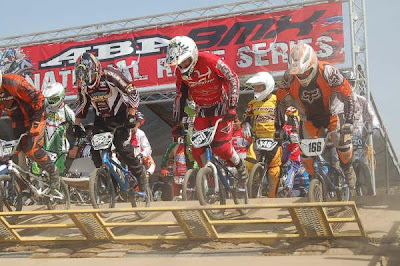 Posted by psykopath industries at 12:22 PM No comments: