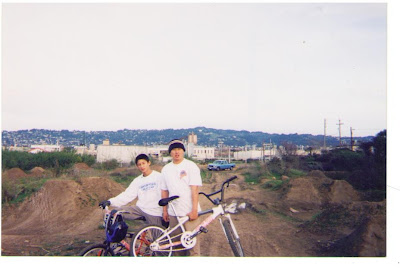 Arthur The Original Psykopath
Making A Difference And Needs Your Help!
It all started when veteran BMX rider, Carl Renowitzky, wanted to involve his three sons in his beloved sport of bmx. Little did they know that their father son team would become a worldwide brand, ultimately receiving recognition at the 2008 Olympics in Beijing . Arthur Renowitzky, the eldest son, started competing in local and national events at age ten. Aside from being an avid amateur rider, he was a central role in Psykopath Industries as it grew to sponsor riders, street contests, and manufacture equipment. While most teens were working at the ice cream shop or slinging newspapers, Arthur's after school job was shipping bike frames all over the world.
In 2007, at age twenty, Arthur's life was forever changed as tragedy struck. While leaving a Bay Area nightclub with two friends they found themselves held up at gunpoint and all three were shot, with Arthur taking the brunt of the attack receiving a grievous wound to the chest. After being rushed to the hospital they found the bullet pierced both his lungs and had shattered his spine leaving him in a coma for three weeks. Two days before Christmas, he awoke to find himself on a ventilator and paralyzed for life from the chest down.
Today, Arthur is able to breathe freely, and is mobile with the use of his wheelchair and specially equipped car his father bought him. He lives independently and is engaged to be married. Life wasn't going to stop Arthur from living his dreams. His passion for basketball has led him to be a key player on his wheelchair basketball team with hopes to play with the Road Warriors and compete in the Olympics. He also continues his music pursuits by rapping with elite local talent and producing. Arthur wants to share his story and inspire others to keep moving forward. To do this he started the 'Life Goes On Foundation' which to helps stop teen violence and raise funds for spinal cord research. Arthur does public speaking engagements geared toward at risk youth to promote his message, "Silence the violence".
To show your support, spread the message, help with medical bills and research, you can donate to the 'Life Goes On Foundation.' Those who donate $10 or more will receive a Psykopath DVD or Arthur’s new mixtape while the highest contributor will receive a Psykopath frame of their choice. You can paypal your donations at www.myspace.com/lifegoesonfoundation
Posted by psykopath industries at 12:32 PM No comments: 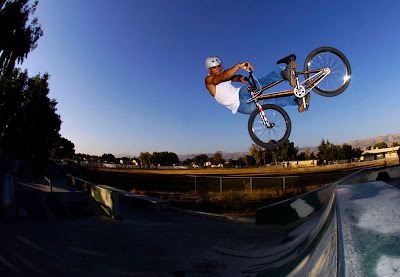 Posted by psykopath industries at 12:16 PM No comments:

Labels: Nick dawg with a fat look back

Psykopath Rider Nick Valencia heads to Florida! Thats right our TM Nick Dawg is hopping a flight to Florida for about 2 weeks to ride and hang out at the local spots while preparing for the Perris ABA race. Keep and eye out for him at Bill Maddens spot Emerald Coast Dirt and Vert where he will be an honorary local for the next 2 weeks.
Posted by nickdawg at 11:34 AM No comments: 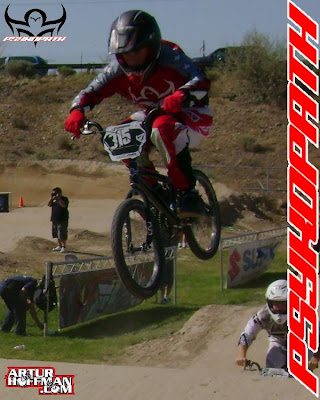 A Pro Jesse "Hollywood" Langland wins opening Pro Pre-Race in Reno to Kick Off the Year in 2009
The weather outside was a cold 30-40 degrees but the action inside the Reno Livestock Center was FIRE! Representing Psykopath in the Pro Ranks was none other than Sean Storms with his AA debut and long time A pro Kyle Zondervan along with our rookie pro J Fillingeri. Sean was getting used to pack riding a little bit more but managed to grab a holeshot or two and showed a glimpse of what he has in store for the future. A little bit more consistency and youll see Sean sliding into the mains very soon. Kyle and Jason both had some great laps and hard luck laps as well. Kyle just missed the point cut by a spot or two and will be hungry for some main event finishes as the year continues. Jason is our newest A pro and is still adjusting to the ABA Random Start and will surely be a factor as soon as he gets all dialed in. On the Amateur side of things Nick Valencia was healthy enough to turn in some decent laps and make some moves and find his way into the 19-27 expert main events both days tunring in 5th and 6th place finishes. Team riders Sean and Nick are headed to NBL Phoenix for the first Elite race of the year and Nick even flew there a week early to hang out as Az is his old stomping grounds. Watch for him at the local races all week before reporting to work at the office on Saturday where he will try and get some more main events under his belt. www.go211.com has some videos posted from ABA Reno so check those out and make sure to check out the latest and greatest news here on the blog as often as possible. Pull frames are moving fast and a new order is on the way soon so check back for availability on stock and well get you set up. Over and out~!
Posted by psykopath industries at 1:03 PM No comments:

"PSYKOPATH BRINGS THE STORM TO RENO, NV THIS WEEKEND" 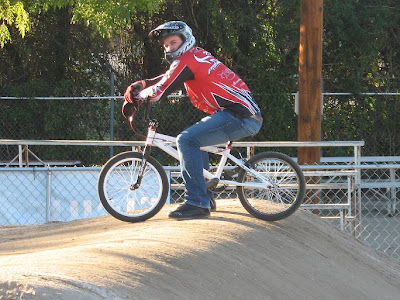 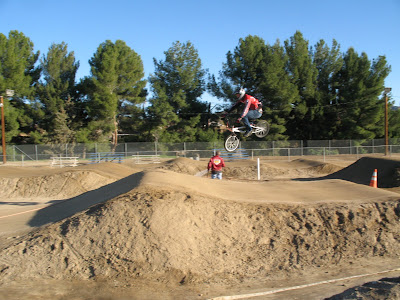 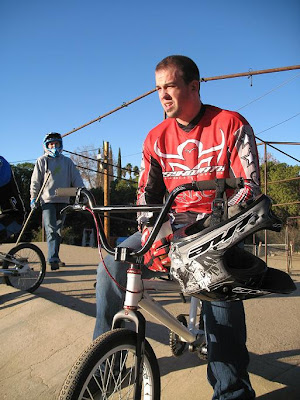 Psykopath has always recruited and supported new talent. We are proud to support new rookie AA Pro Sean Storms from Simi Valley, CA. Sean is an impressive looking AA Pro prospect who has plenty of upside. He possesses the skills, speed, power and good attitude to have a great future in bmx. Sean has been racing for 19 years, and has won many titles in the amateur ranks and has won a number of A Pro wins. He will be joining our talanted factory roster listed below:

We would also like to welcome back Nick "Dawg" Valencia back on the team, he has been a long time team member and will be 09 Team Manager for Psykopath. Sean Storms will also be getting support from, www.cashforhouses.tv, The Other Bikeshop, Snap, Alianation. Sean Storms will make his AA Pro and Psykopath debute in Reno, NV.
Posted by psykopath industries at 5:14 PM No comments: