Augusto Castro took his signature Castro Pull Psykopath Frame to the top to become the new Pan-American Champion of BMX, achieved a gold medal in the Elite Classe and 'Pan-American Championship BMX' which was held Saturday at the sports track Tulio Ospina in the municipality of Bello, Colombia.

The event was run under the technical direction of German Medina and Wilson Jaramillo of Colombia BMX with important world ranking point that will lead to the 2012 London Olympics. 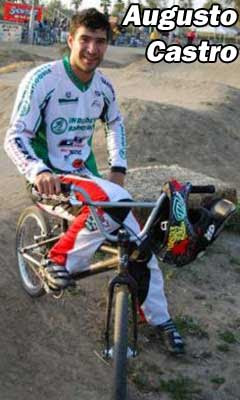 Posted by psykopath industries at 10:36 PM