Vote for the Psykopath Pull Race Frames for the ABA Pull Mag Golden Crank Award at www.ababmx.com. The word Pull came out of Nor Cal from OG BMX Ballers like Terry "Mr T" Tenette, Cecil Jones, Thomas Ingram, Greg "Coach G" Romero, and Charles "Amtrac"Townsend to name a few in the late 80's mid 90's, because Nor Cal was Pulling its weight with so many bmx superstarsw...... Super Smooth CHRISTOPHER MIRELES 2012 Olympic Hopeful and Gold Medal Champion of the Mexico Games is a 2011 Nominee for Rookie Pro of the Year so give our bro a vote Too!!! 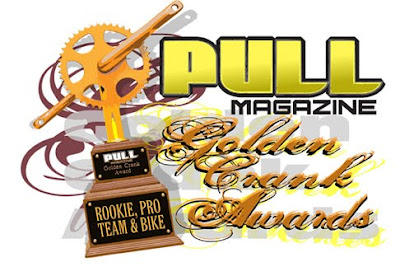 Posted by psykopath industries at 9:43 PM