A year ago Augusto decided to take a year off BMX and discover different things that this Elite BMX racer could never do because of his dedication to the sport he loved so much.  As Augusto pondered and watched his Elite Professional Superclass competion on TV, Augusto motivation and desire was not  their.  Augusto always felt invincible and entrusted that he could win every race he entered.  For this reason,  Augusto decided not to compete if the fire was not there anymore. 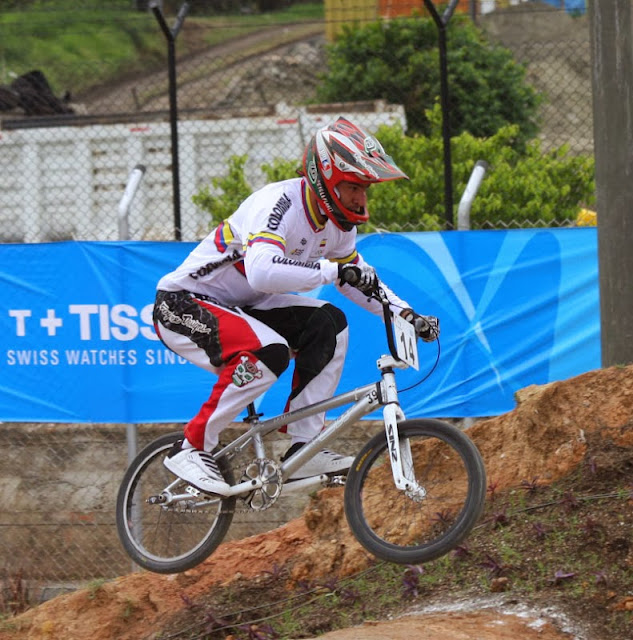 Augusto always gave God the glory for giving him the ability to compete at the highest level one could in BMX and for putting his county on the map in BMX Olympic racing.   Augusto would always say a prayer on the gate before he competed, which was a great thing to seen in a young man.  His family from the beginning always supported him.  Many people seen a true Champion when you watched him compete, his last trainer and friend Jorge Wilson Jaramillo helped him achieved believe that he was able to achieve anything he wanted in the sport.  When I first seen this young man race, I new he had the desire to achieve anything in the sport of BMX, I recruited August at the age of 17 when he just won his first NBL Pro Title.   I wanted to start a BMX company and create the best frame to compete in the Olympic Games.  Jerry from BMXmania gave me his contact info and I quickly got him a sport visa to compete full time in the USA so he could reach the highest level in bmx.  In support of my county Colombia I knew in four years this young man would be at the 2008 Olympic games, mainly because of his attitude  to win.

Augusto Castro is a true Champion that in any given weekend his chances of winning were their.  He leaves the sport with multiple champion titles in South America to  five UCI World Champions including the UCI Junior Elite Title.  Augusto was the first BMXer to lead his county in the Olympics.  As a amateur racer he won many ABA and NBL titles, late to win a NBL Pro Title at the age of 17.  He has won many other titles throughout South America and won Gold at the Pan-American Games as the BMX Elite Champion.

Augusto Castro has become a legend in BMX racing and a true Champion of the sport for the kids to follow.  Augusto has demonstrated what it takes to be a leader and a perfect example to follow. 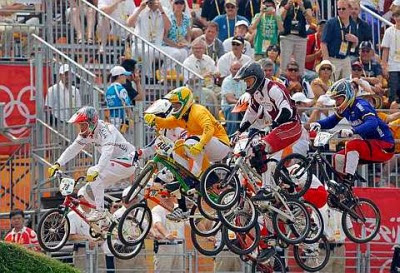 Augusto "Tin" Castro has rode for Psykopath off and on throughout his Pro/Elite Career and put this non-profit BMX company on the world map, this is way the Castro Psykopath Pull frame was named after this true Champion.  Thank You brother for becoming a dear friend, Carl Renowitzky, Founder of Psykopath Industies.
Posted by psykopath industries at 1:14 AM