Nor Cal Rider that could use our help - Jason Turnage 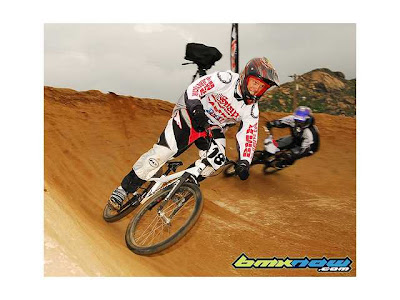 I don't know how many of you know Jason Turnage's story. He was diagnosed with colon cancer awhile back. He had surgery and chemo and then made an amazing comeback to BMX this year winning some nationals. Some issues popped up in his blood work this year and he's had to go through another surgery. More about his story is here: http://www.oakdaleleader.com/news/article/542/

Anyway, next Saturday, August 22nd, there will be a benefit concert in his hometown of Oakdale, CA to raise funds for his medical bills. There is also a PayPal donation site set up to make donations for those who cannot attend. Link is here: http://prayforjay.com/
I feel totally unqualified to write this up really because I don't know Jason that well. He was having his health issues when I was just ramping up my racing but I heard stories about him everywhere I went. How great of a rider he is (which is true) and how great of a person he is which I finally found to be true when I met him earlier this year. Jason's a special dude on and off the bike. I just want the word to get out and I don't want the BMX community to get shown up by the city of Oakdale (as nice as it is). I've seen our community come together to do great things and I was hoping we could do it again here.

Read the story and if you can (I know times are tough for everybody) make a donation.

Thanks.
Posted by psykopath industries at 2:32 PM