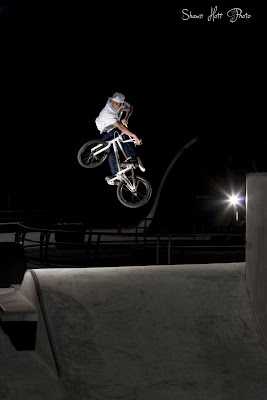 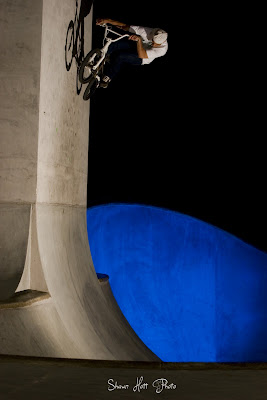 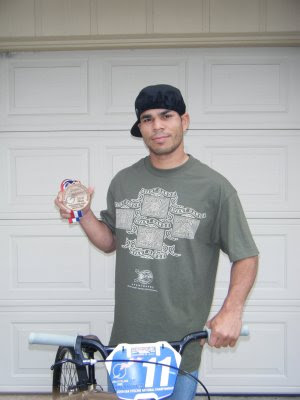 Psykopath's Team manager/rider Nick "Dawg" Valancia currently is the best two sided in bmx today, he is the formal World # 8 in 06, and after this weekend in Desoto Texas, he is the current USAC #3 in both his classes. He has so much skills and is so fast this is why he has two #1's on this plate. Look for Nick to repersent the U.S. in Australia this summer as he just made the U.S. team. After the worlds Nick will be on a mini Psykopath Street Tour for our new Psykopath street video coming soon. Check his email he sent us after this weekend the boy has Awaken the Psykopath within!!

What up?! Haha hey guys just wanted to send a quick shout to the guys/companies that make things happen for me and give you an update on how the USAC World Championships Qualifier went for me. Killed it all day Ive been riding well and my knee is good. Ended up #3 in the country on both bikes but Im psyked on the podium because I holeshot both main events but had some trouble with a certain jump and that kept me from the top spot. Had some good battles Im easily the favorite in the class and Im ready for worlds and the next 2 months will be serious training to put myself in position to podium in Australia. So just wanted to say thanks for sure and everyone who helps me out in small and large ways.
Posted by psykopath industries at 12:45 PM